A Few Facts About Shrimp 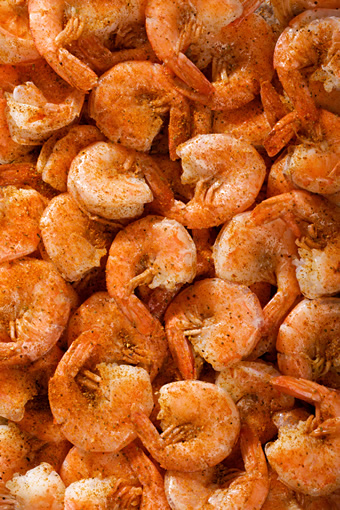 The three most popular types of shrimp are White Shrimp, Brown Shrimp and Mississippi River Freshwater Shrimp. They are all delicious and have unique qualities.

White Shrimp - White shrimp are prized for their large size, their tender texture, and their mild flavor. They are great for shrimp boils, Louisiana BBQ shrimp, and other preparations where they can soak in the flavors of the dish and their texture really stands out. White shrimp season is from April through December.

Brown Shrimp - If you like a stronger, more forward shrimp flavor, brown shrimp is for you. They tend to be smaller than white shrimp and have a firmer texture. This shrimp is great for stuffing, touffe, and thick stews. Their season is from April through February.

Mississippi River Freshwater Shrimp - This is a much smaller operation and you may only be able to find freshwater shrimp locally. They are more similar to crawfish than other kinds of shrimp, and tend to be fairly small, a maximum of four inches according to an Audubon Magazine article. They are usually in season in the summer months as the shrimp migrate down and then back up the Mississippi River.

2. Turn the shrimp over and look at the surface of its shell. Brown shrimp have groves. White shrimp, on the other hand, are not grooved at all.